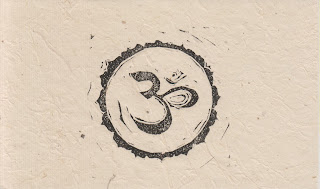 There is long and interesting history of how God=sound. Where to start? How about the beginning?
“1In the beginning was the Word, and the Word was with God, and the Word was God. 2The same was in the beginning with God. 3All things were made by him; and without him was not any thing made that was made. 4In him was life; and the life was the light of men. 5And the light shineth in darkness; and the darkness comprehended it not.” The Gospel according to John, King James Version.
I love the old English phrasing of the King James Version. This is easily my favorite Bible passage. Notice that God is also “Light” Most people will tell you that this is a metaphor. This is funny to me because many of these same people will tell you that the story of Adam & Eve is not a metaphor. Well the story of Adam & Eve is a metaphor (this is a story for another time as it could be its own blog post), But the idea that God is sound and Light is not a metaphor. God is more than sound and light, don’t get me wrong, but the idea that the existence of all things came into being through God as sound is accurate.
In Sanskrit, the ancient Indian sacred language, this sound is “Om” and is written in what appears to Westerners to be a 3 with a tail, and an umlaut over it. In my description of of my hand carved lino print of this sacred word, I combine these two ideas and say; “In the beginning was the Word, and the Word was Om” This ancient spiritual symbol is a sound and it is the Creator.
Sometimes the symbol is translated; “Aum” The thinking is that the vowel sound where the word originates itself originates at the back of the throat and the ending “m” sound ends at the mouth, thus traveling the expanse of the physical body creating it. This explanation is a metaphor for the beginning and end of all creation. Compare this to Jesus’ saying; “I am the Alpha and the Omega”. Here the first and last letters of the Greek alphabet signify the beginning and the end (which is the line that follows in the Bible) but also anything that can be spoken as Jesus is saying he is not just the beginning and the end but everything in between.
But you say to me, “Rod, What about science?” First of all don’t interrupt, it’s rude. Second of all, good question.
In the 1950’s the phone company, at that time concerned with quality service, wanted to get to the bottom of a buzz that was coming through on all their lines. They hired and deployed two scientists; Peebles and Dick to discover and fix the problem. What they found was that this sound was everywhere. It permeates everything. It is the background radiation leftover from the Big Bang. (you know, the sound and light that created everything that exists.) It existed at exactly the wavelength that the scientist who postulated the Big Bang theory predicted it would.
There are many mantras (sacred words or phrases to repeated many times) and prayers (like the rosary) that believers know will bring them closer to God. The Sufis have a saying, “Nothing exists save God” pronounced, “La Illaha Illa Allah” Which is more of a mantra than a prayer, but they don’t use the Sanskrit word.
In his book “Autobiography of a Yogi” Paramahansa Yogananda states that sacred Indian music can bring us closer to enlightenment, as can the music of Bach. Astronomers and alchemists refer to the “Music of the Spheres”
Listen
It is all around you.